For National Infertility Awareness Week, I re-shared my blog post from May 2019 that described our struggles trying to get pregnant. Now that it’s been almost a year later, I’m picking up where I had left off.

32. The number of injections it would take for us to get pregnant.

A combination of different medications, with their own set of instructions on how to prepare and inject them.

I was prescribed three meds. One shot in the morning and two in the evening, roughly 10 hours apart. And the majority of those shots? Self-administered.

Yup, I had to stab myself 30+ times in the gut with the hormones needed to accept the embryo that would hopefully knock me up. There were bruises on my abdomen by the end of it since there were only so many places to poke myself without going back to the same ones.

As if this wasn’t already difficult enough.

The first time we did my shots we weren’t even home.

My husband Derek runs an academic quiz bowl tournament every summer that takes place at Catholic University in Washington, DC. As part of our compensation for volunteering and working the event, we stay in dorm rooms on campus.

My first IVF injection took place in some random dorm room at a Catholic University. How poetic? Or ironic, given the Catholic church frowns upon any form of reproductive technology.

I remember being really scared. I generally don’t mind needles, I just never had to give myself one in this type of capacity before.

I watched Derek get the needle together, flicking the syringe to get the air bubbles out, making sure the powder mixed in thoroughly with the saline solution. I then grabbed a part of my stomach flesh, took a deep breath (a technique I borrowed from getting acupuncture needles on the regular — thank you, Hannah!) and brought the needle in as I exhaled. I cried and it was over.

This would soon become my life for the next several days.

The same weekend as the quiz bowl tournament, I was also performing in a show. I was playing Miss Cratchitt and Electra in a community theatre production of Gypsy, and I had to figure out when to administer my shots so I could inject myself in the proper time window after each performance. This was especially tricky if the cast made plans afterward.

I remember giving myself an injection in the dressing room after everyone else had left before running off to a friend’s birthday party. I wasn’t purposely trying to hide anything (a lot of the cast actually knew we were trying and doing IVF) but I wanted to avoid making anyone uncomfortable by injecting myself in front of my well-lit dressing room mirror. As I exhaled while giving myself the injection, I thought:

Why do I over schedule myself again?

Eleven days later, I had an appointment at the fertility clinic. The ultrasound showed that my body was ready for the final shot, the “big kahuna” if you will, of all shots: the hCG “triggering” shot that would send my eggs into meiosis and hopefully get us one step closer to a successful embryo transfer.

This shot was so massive and needed to be injected in such a precise region that (thankfully) I wasn’t the one doing the deed — no, this task was assigned to my dear and wonderful husband, who was supportive since Day 1 of needle stabbing.

The nurse used a sharpie marker that morning to draw on my body exactly where to administer the shot — in the “upper right quadrant of my buttock” — giving Derek a clear bullseye to aim toward. Because the timing of this particular shot had to be fairly exact to work, he stayed up doing grad school work and woke me up at 1 AM when it was needle time.

I don’t know if it was better or worse that I was half awake when this occurred. I woke up from a deep sleep, and was in a bit of a daze. Initially we were going to try to give me the shot in the bathroom, but I was so tired and out of it that I ended up on my hands and knees in bed. I remember Derek giving me the shot and I immediately collapsed in a crumpled heap, hysterically crying.

I think it was a combination of many things: exhaustion from the long day, relief that this was the last shot, excitement that this is actually happening, fear that it might not work. Again a roller coaster of feels washed over me (which probably wasn’t helped by the fact that I was pumping my body with hormones this whole time), aided by the literal wet tears. Finally, this really fucking hard part was over, and with that, we were getting closer to maybe, just maybe, getting pregnant.

It’s the day after July 4th, which ended up working in our favor because we both had the day off from work. Time for the egg extraction.

The retrieval process was a minimally invasive, 15-minute surgical procedure. The doctor used an ultrasound to identify my ovaries, then inserted a needle through my vaginal wall to draw out my eggs using light suction. Seems pretty easy peasy, but of course I was a bit nervous.

The outcome of those 15 minutes could be the difference between having a baby…or going back to square one.

When I was brought into the OR I remember the medical staff being really friendly; they had Bruno Mars playing over their speaker system. I was given the anesthesia, and before I knew it I was dreaming about Beyoncé. Then it was over.

When I was in recovery I asked the doctor how many eggs he retrieved. He smiled and said 6, just as he suspected. We had asked friends to make guesses before the surgery and someone said 13, which would have been good. But we’ll take 6. Six can make a baby.

Recovery was uncomfortable but not horrible. I had painkillers and a heating pad to help me get through the rest of the day, and I watched Beyoncé’s Homecoming film in homage to my egg retrieval dreaming in the OR. The next day I received a phone call and learned that 4 of the 6 eggs had made it to the next round of fertilization. We were celebrating Derek’s birthday that same day so I drove to Party City and got a balloon shaped like a “4” to hang in the corner of our living room. Four is good. We’ll take 4. Four can make a baby.

Five days later was the embryo transfer: the big day. At this point 2 eggs made it to this stage. We were nervous but excited. After conducting the ultrasound the doctor asked me to drink more water, which made me feel like I fucked up and as a result, I started to cry (again, a lot of emotions and hormones riding here, plus I’m already a crier). Derek, amazing as usual, helped calm me down, and when the time came for the transfer (my bladder was full enough, yay!), the doctor inserted a speculum into my vagina and passed a catheter through my cervix into my womb.

Knowing how much (both emotionally and financially) was riding on this task, when the doctor had the perfect placement of the catheter and was ready to do the transfer, she spoke over a microphone calling for our embryo. Someone in the lab confirmed “Winkler embryo ready” and walked over with another catheter that had one of the two mature embryos (I was discouraged from trying for twins, but I was ok with that).

The doctor inserted the catheter with the precious cargo and boop! Embryo was in! We actually have a video of it happening, it was so surreal. I started crying of course, and the doctor asked if I was ok.

A good cry indeed. A lot of tears were shed in this whole goddamn process, but maybe, just maybe, this good cry will finally lead to a good result after years of disappointing ones. 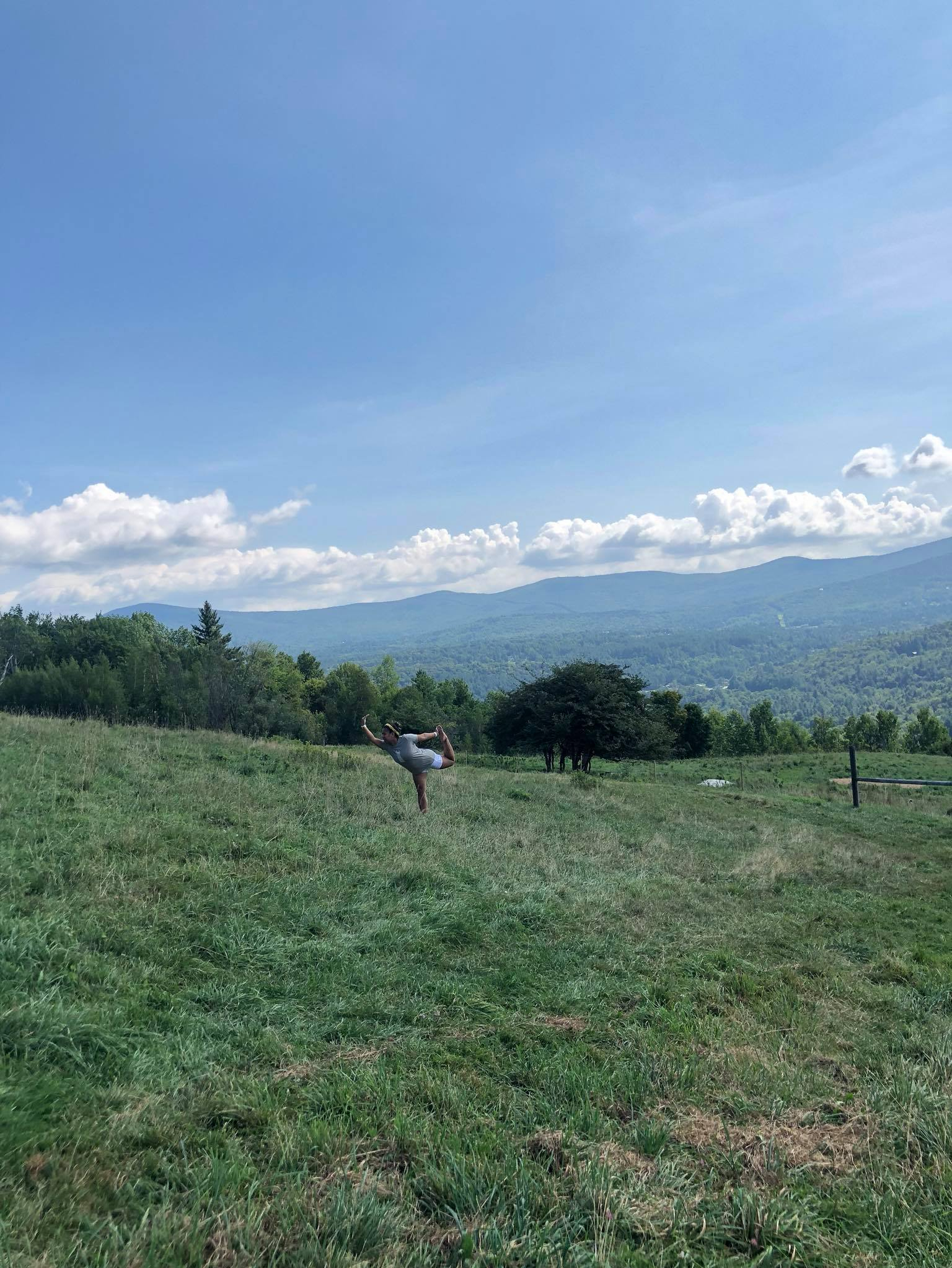 “Creativity inspires authenticity. The greatest artist is in the moment, and simply allows.” ~ Adriene Mishler, Yoga with Adriene 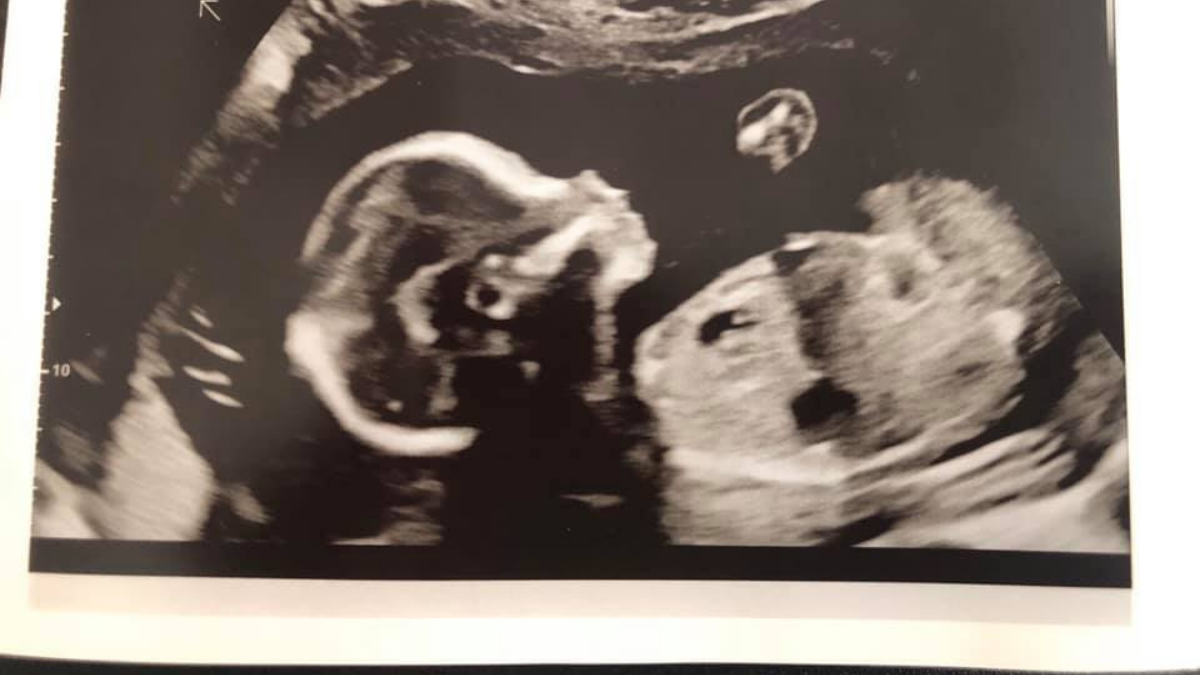 I just realized it is National Infertility Awareness Week and the week is already halfway over. Last year I shared this post and was completely transparent about my...