In April, I participated in CampNaNoWriMo to work toward writing one of my (many) book ideas: a memoir. Here is an excerpt.

For as long as I could remember, I have wanted to be a mother. From the time I could talk, I was caring for my “baby” dolls, rocking them to sleep and cradling them in the house. By middle school, I had names picked out for my first son and daughter, even though I barely knew how babies were made. Every serious boyfriend and I would discuss how many children we wanted, and oftentimes I would start stories with the phrase, “with my future children…”. I just knew it was a done deal for me.

In 2016, I married a wonderful man who was also my best friend. After a year of marriage, we decided to start talking about the possibility of having children, which was something we both wanted. And so, in November 2017 I finished my last pack of birth control and we officially started “actively trying.”

As a Type-A, organized planner type. I sprang into action. I downloaded a bunch of apps to help me keep track of my cycle. I talked to Derek in advance about which days would be the best to “target” with our intimate activities. I started thinking about baby names and how to convert one of our offices into a nursery.

Looks like I was getting way ahead of myself.

Due to the fact that I had been on birth control over 10 years at this point, my body wasn’t quite sure what to do with itself without all the hormonal assistance. Each month was a guessing game of whether I would get my period for a day or two, or if it would continue for several weeks on end. My time of ovulation was so sporadic, it was barely trackable. My husband and I would try as best as we could, but we never got the timing right, and even then, the performance anxiety for us was getting so incredibly debilitating that we couldn’t relax and get into it enough for it to be remotely successful. I quickly became someone who enjoyed having sex to someone who would get so hype about it because I wanted to make sure things were “just right” in case we got pregnant.

A year came and went, and we found ourselves at the end of 2018. We weren’t pregnant, and as we watched several of our friends have beautiful babies, we decided we needed to get the medical field involved. I made an appointment with my Ob-Gyn to see what she could do.

Turns out this was going to be more complicated than I had originally thought.

If you are a recovering perfectionist/planner like me, I’m sure you can understand how frustrating it is to want something so badly and not be able to get it by following all the “steps” that are needed. I got a Ph.D. in three years for goodness sake, and yet, getting pregnant was a whole new level of work and frustration. Every month Derek and I would hope “this would be it,” only to be disappointed when the dreaded Aunt Flo came to town. There was even a month that I didn’t get my period at all, and even though the pregnancy tests said otherwise, I was certain I was pregnant. I even withheld alcohol at our friends’ wedding just because I was so sure. But soon after, my Ob-Gyn told me that this was not the case, and after a lot of tears, we had to repeat the whole cycle all over again.

Speaking of drinking, that became a whole vicious cycle in and of itself. I would refrain from alcohol for about a month in case I were to get pregnant. Then I would get my period, which would make me upset to the point of binge drinking to numb myself from the extreme sadness I felt about yet another “failure.” I knew that this was probably a not-so-healthy way to go about things, but I felt insane continuing this roller coaster of hope-excitement-despair every month. I couldn’t stand not getting pregnant when it seemed like everyone else around me could. I felt awful and responsible and blamed myself for not being able to make this happen.

Finally, it got to the point where Derek and I had to go to a fertility specialist. The almost two-hour intake appointment in February 2019 consisted of discussing our medical history with the doctor. To make matters even worse, Derek and I had gotten into a fight the night before and it wasn’t entirely resolved, so I went into that appointment feeling awkward and upset. But business was business, so we sat side by side in front of the doctor to talk about how to make a child happen. The prescreening checklist was overwhelming—but doable as someone who thrives on to-do lists. Derek and I had to get a series of tests completed before making our next appointment with the doctor.

The tests were a whole other beast. I had to make sure my GYN exam was up-to-date, which was the easy part. I then had to do bloodwork, which doesn’t bother me because I had gotten a lot done over the years. But this shit was a whole new level. When it was time to sit down in the raised comfy chair in LabCorp, I watched the technician draw SEVEN vials of blood out of me. SEVEN. I felt like I was floating above myself as homeboy literally threw vials of my blood onto the lab’s table. It was fucking surreal.

Next was the HSG, which was essentially having a radiologist push dye through your fallopian tubes to determine whether they are open or closed. I was extremely nervous the morning of the procedure and asked Derek to come with me. A coworker had gone through a similar procedure and said it was really painful. I had walked into that lab expecting the worst, but the two female technicians were really sweet and in a quick instant, the procedure was done. I cried after it was over due to the overwhelming emotions related to finding out what the fuck was wrong with my body. I’ll soon be told at my follow-up appointment with the doctor.

The day of the follow-up appointment, Derek was running late and I walked into the doctor’s office alone. They wanted to move things along, of course, so I started to take notes without him. The doctor was explaining the results of my (what seemed like a million) tests when Derek called because he couldn’t remember what floor the office was located. I hung up and rolled my eyes at the doctor. Doesn’t he know there’s signage to tell you these things?

The doctor gave me a piece of paper and asked me to create two columns where she spewed out a series of numbers. On the left side, I wrote:

And on the right side, I wrote:

(Though not quite as legible, as I had forgotten from elementary school math how to denote “greater than” and “less than” signs, smh).

The doctor explained that the left column was my results and the right was what was considered “normal.” She continued that for someone my age it was “surprising” that two of these numbers are borderline. She then stated that it’s likely that I have DOR or Diminished Ovarian Reserve.

In other words, my body doesn’t make quite enough eggs and could explain my variable ovulation periods where one month I have a period for three weeks straight and the next month I have a two day period.

Here are some stats that the doctor threw down at us:

Well then. At least we aren’t completely to blame for our failed efforts the past 16 months. 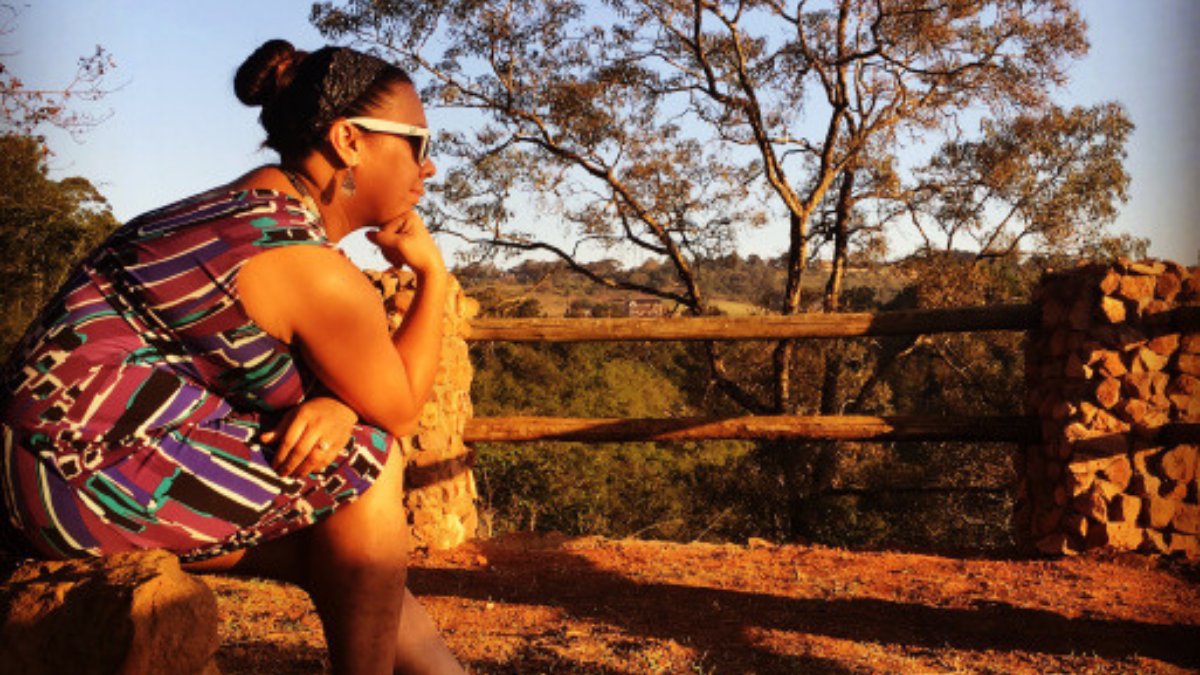 A Confession Letter to the Academy

As I dug deeper into the recent NCA/RSA Distinguished Scholars/RPA controversy, I found myself reacting very strongly — with the need to ponder, reflect, and write.... 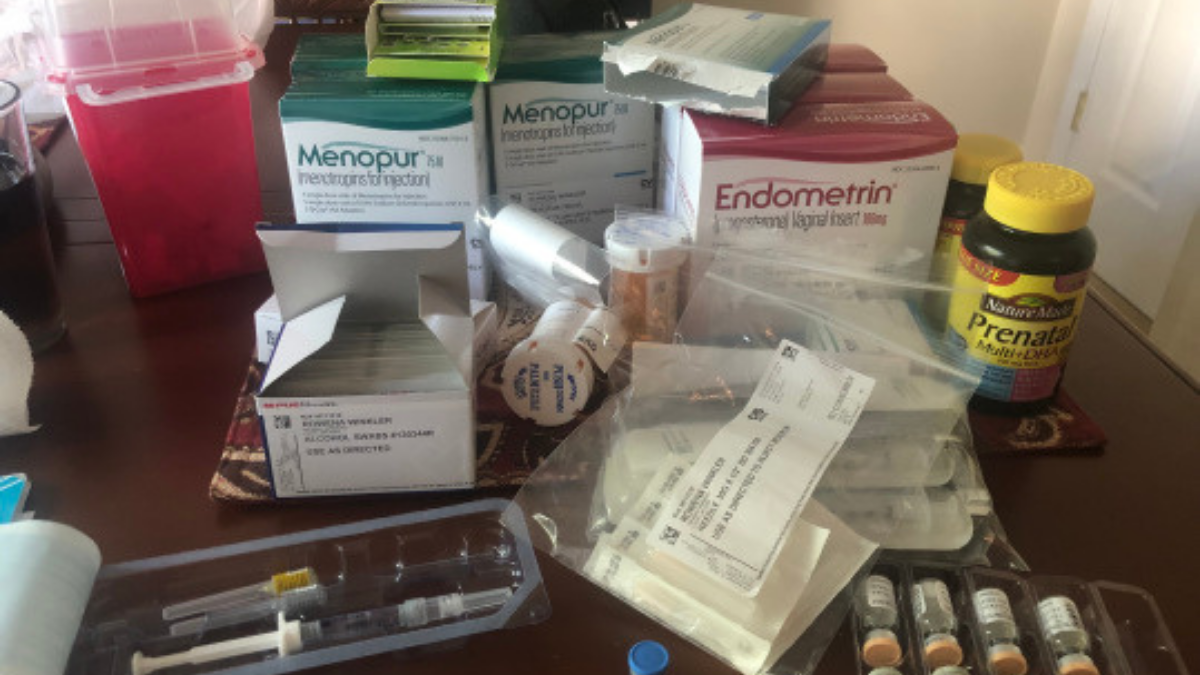 Striving for Motherhood Part II: An Inside Look at IVF

For National Infertility Awareness Week, I re-shared my blog post from May 2019 that described our struggles trying to get pregnant. Now that it’s been almost a year...