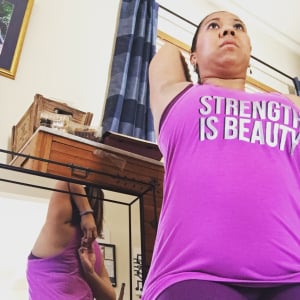 For those of you that know me well, you’re probably waiting for a month-long series of events with various activities in different locations.

But not this year. This year is different.

I’ve decided to tone things down a bit and focus a little more inward.

Now don’t get me wrong, there was still a bit of celebration. I went to NYC over the weekend and saw Waitress the Musical on Broadway; it was just as wonderful and amazing as I had anticipated (thank you Jessie Mueller for your breathtaking performance). And tonight, I had dinner with a small group of friends and participated in a Museum Heist-themed Escape the Room. We managed to breakout, with about 15 minutes to spare, despite my heightening anxiety.

*cue segue into the actual purpose of this post*

Although I’m sure many of you see my outward, celebratory leanings toward my birthday via social media posts and in-person interactions with yours truly, I have doubts that y’all know what really goes inside this little brain of mine.

You see, I suffer from anxiety, and there are times when it can be so crippling I can hardly speak, let alone be the delightful host at my birthday party.

Here is a visual.

About a month ago the NBC television drama This Is Us aired an episode where character Randall Pearson (played by actor Sterling K. Brown) suffers from a panic attack at his office. Now I don’t watch the show (though based on that very realistic clip I feel like I should) but because it was being shared multiple times on my Facebook timeline I decided to take a look…

R: “I watched the clip. The one with the anxiety attack. It was so real. I know EXACTLY what that feels like” *continues to sob*

Kudos to the show creators for getting it spot on. I’ve been there.

#1: The summer before I moved to Maryland for graduate school, I was suffering from attacks fairly regularly. I was so worried that it would mess with my success of getting my M.A. and Ph.D., and that my mother would think it was too risky to move from home. But I was able to pull it together and I moved to Maryland, where I obtained both my masters and doctorate within five years.

#2: About two years ago, my husband (who was then my fiancé), my mom, and my sister came to my home in Richmond, Virginia (where I was living at the time) for Thanksgiving. I was having some issues with depression that Fall semester, and was prescribed a new medication to help with the symptoms, but unfortunately it triggered an attack in the middle of a lovely outdoor picnic. I had to be rushed home, where my husband witnessed what my attacks were like for the very first time, and feeling completely helpless on what to do.

#3: About a week ago, I was running late for a meeting at work because I couldn’t find something in the house. As I was frantically searching for the item, I felt another attack coming.

…but this time, compared to the previous two scenarios, I was able to get it under control within 30 minutes vs. the several hours it usually can take to subside, and I was able to function at the meeting as though nothing had happened.

What was the difference then?

A couple of things:

Yoga: About a year ago, I started getting into a more consistent yoga practice, thanks to the very accessible (and helpful!) videos by Yoga with Adriene. It’s helped bring an awareness to my body that I’ve never had before, and it’s helped me discover how my body deals with things such as flexibility, balance, energy, and flow. I’m at a point now where I need this practice, much like how I need coffee in the morning; it’s now that important. 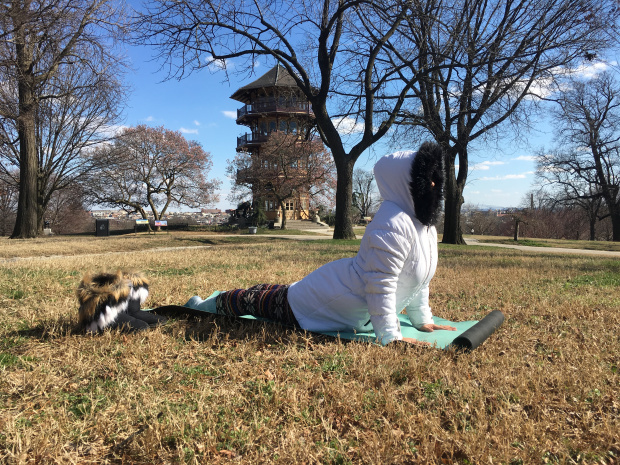 Meditation and Mindfulness: My new therapist in Maryland has been pushing me to meditate more to help alleviate my anxiety and stress; she wants me to start integrating mind awareness with my new found body awareness, and so far it’s been working. I am no where near getting into a daily practice, but I now have a few resources to start with, and that day while driving to my meeting I engaged in deep breathing exercises that seemed to help. 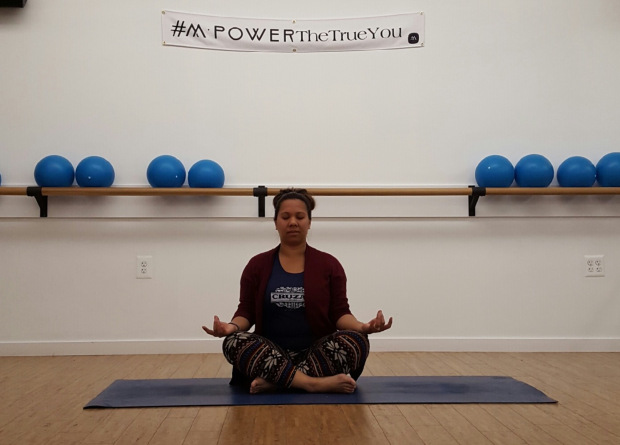 Music/Singing/Dancing/Performing: In my most recent panicked episode, after taking some deep breaths, I played two songs from my Spotify playlist and belted at the top of my lungs until I felt the attack subsiding and I had tears streaming down my face. In a freaky-type of coincidence, a close friend recently shared a very poignant interview with actress Emma Stone about how acting acts as her personal therapy, and I completely agree with her insight:

“I wouldn’t say that performing is a cure for anxiety, but when you have excess energy that turns inward and makes you an over-thinker, you can begin to panic.”

Oh Emma, I can TOTALLY relate!

Not only am I super hard on myself pretty much ALL THE DAMN TIME (but I’m working on it this year; see my previous post!), but I also deal with all this social anxiety worrying about what others think of me (I go into detail a bit in my Instagram post for International Women’s Day) and it can get dang exhausting.

But when I’m performing, whether it’s singing on a stage, or dancing a routine at a ballroom competition, or throwing down some spoken word, or doing improv for my Murder Mystery troupe, I don’t feel afraid.

In fact, I feel quite the opposite.

I feel EMPOWERED. I feel UNSTOPPABLE. 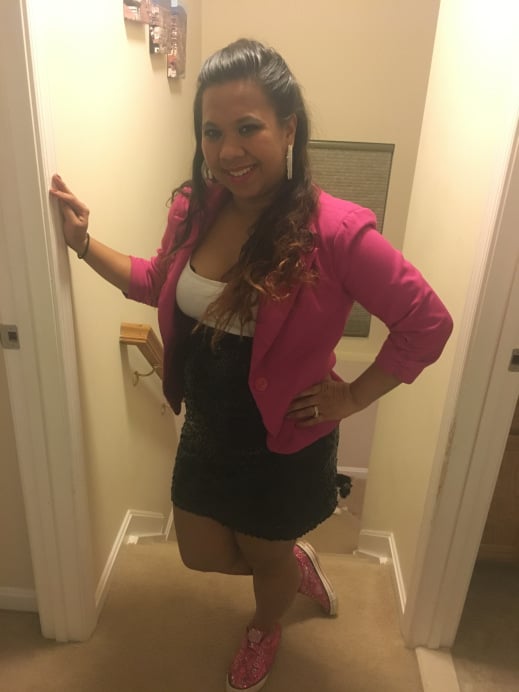 I feel HAPPY TO BE IN OWN SKIN, anxiety and all.

So why are we so ashamed? Why is it so hard to own up to our anxieties, insecurities, and self-doubts? Why is it so hard to ask for help, to seek community, to find solidarity? Why do we perceive these struggles as stigmatized weaknesses, when we can channel that energy to push ourselves into unknown greatness, through realizing that we only get this one life to make the most of the hand we’ve been dealt?

I don’t have the answers here folks. Hell, I’m still trying to figure it all out myself.

But if there are things that I’ve learned, now that I’m another year older and a perpetual learner, it’s this:

THIS IS ME MOVING FORWARD. I HOPE YOU WILL LIKE IT.

Oh, and if you have a chance, please contribute to my birthday fundraiser for RAINN that closes at midnight tonight, thanks! 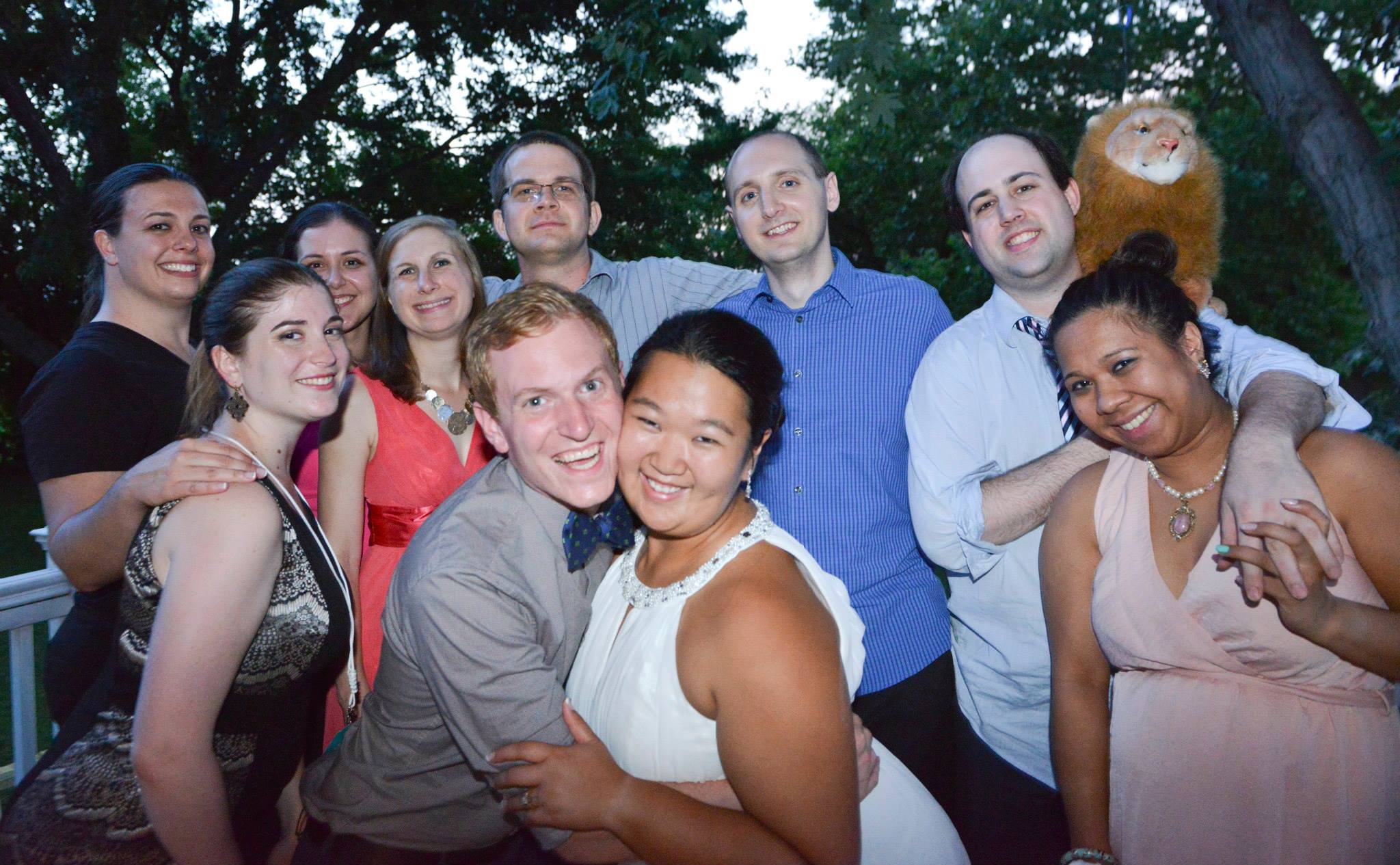 Ballroom at Maryland: The community that kept me sane (and got me a husband!)

As we’ve discussed as part of #CuriousCoLab, community takes a variety of different forms. I’ve been very fortunate to consider myself a member of many different... 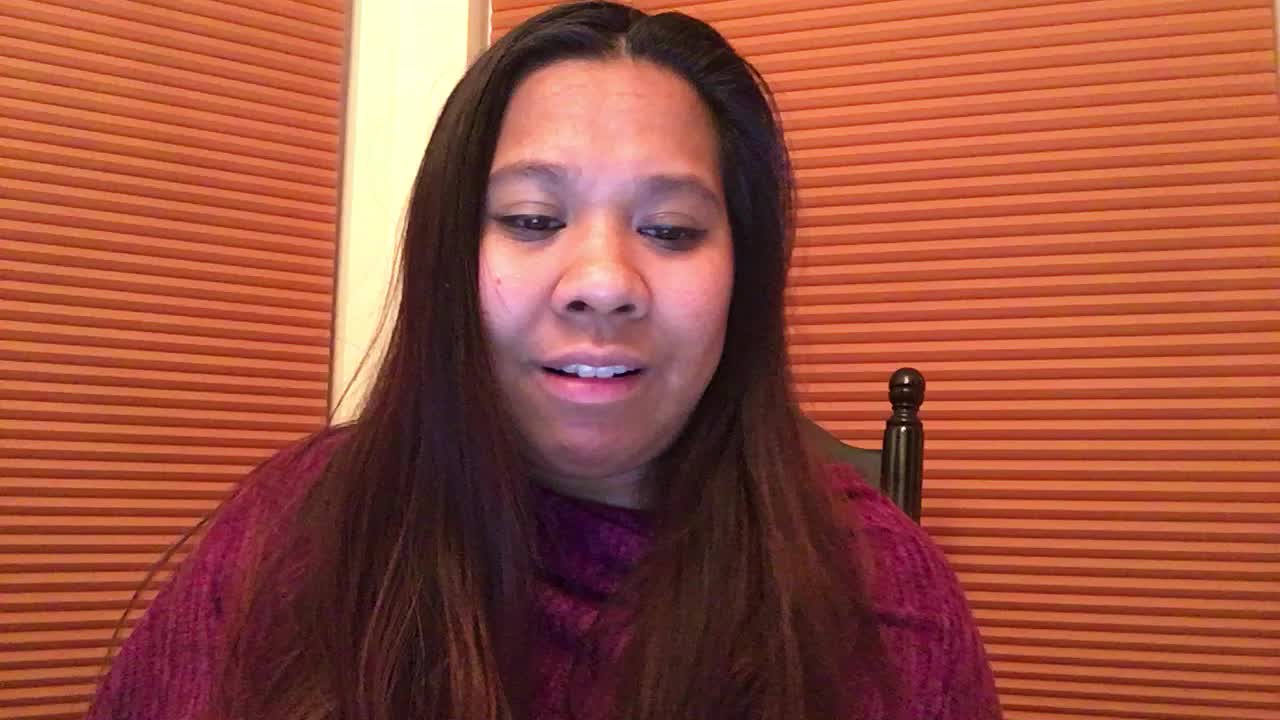 My 30th Birthday Gifts To You

30 years ago I was born at Albert Einstein Medical Center in Philly.

Today is my birthday.

I’ve decided to do something a little...